Who eve said barbecue was easy! 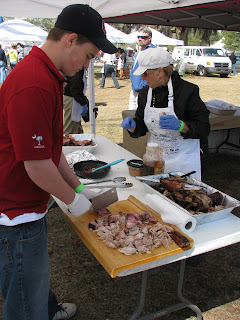 I was lucky to be able to get into the Carolina Pitmaster’s Training before the big SC Championship “Palmetto Barbecue and Brew Fest” a few weeks back… Ithelped a ton! But even with the award winning advice the first go at such a complex competition can really be tough!

The BBQ ricks Team (thanks Michael Bultman and Tyler)ended up taking 9th in the blind tasting/judging in whole hog. Pretty good considering there were forty serious teams competing. Unfortnately we were unprepared for the on-site judging. It was something we really knew nothing about but counted for a third of the score. That brought down ribs, shoulders, and overall.

Congrat’s to the overall winner (Grand Champion) in this case a team called “Fat Back and Flaming Pig.” I always admire the rib champs too… “Smoke Shack” from North Augusta.

(Check out the pix of the Smoke Shack rig compared to our camp below! Out of our league!) 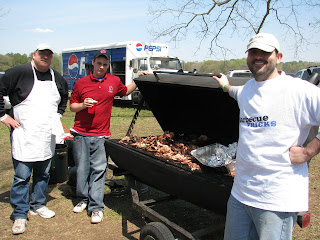 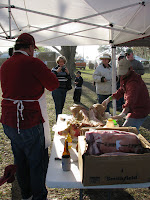 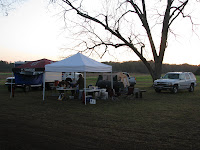 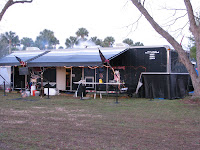 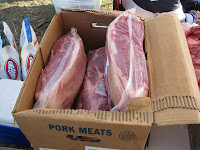 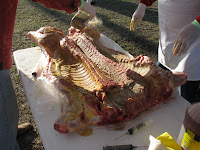