North Carolina and South Carolina are an odd pair. Yankees almost see the duo as the same State… “Carolina.” But there are differences… especially when it comes to barbecue sauce.

It’s somewhat regional but everyone has his or her own favorite. Up North East they like a close to pure vinegar version of an ultra thin sauce. I’ve even seen it clear (although usually using cider vinegar).

South Carolina has it’s hands in different styles… but their claim to fame (thanks to Maurice Bessinger and family) is a tangy sweet mustard based sauce.

In the Piedmont area… or out West it’s also vinegar. But there’s a good squirt of tomato or ketchup in the mix.

We’ll cover all of them here… but first

Here’s a Barbecue Tricks version of a Western Carolina Vinegar sauce. Tart, hot and a bit sweet but thin enough to mix quietly into a pile of pulled pork without getting in the way of the smoke in the meat. 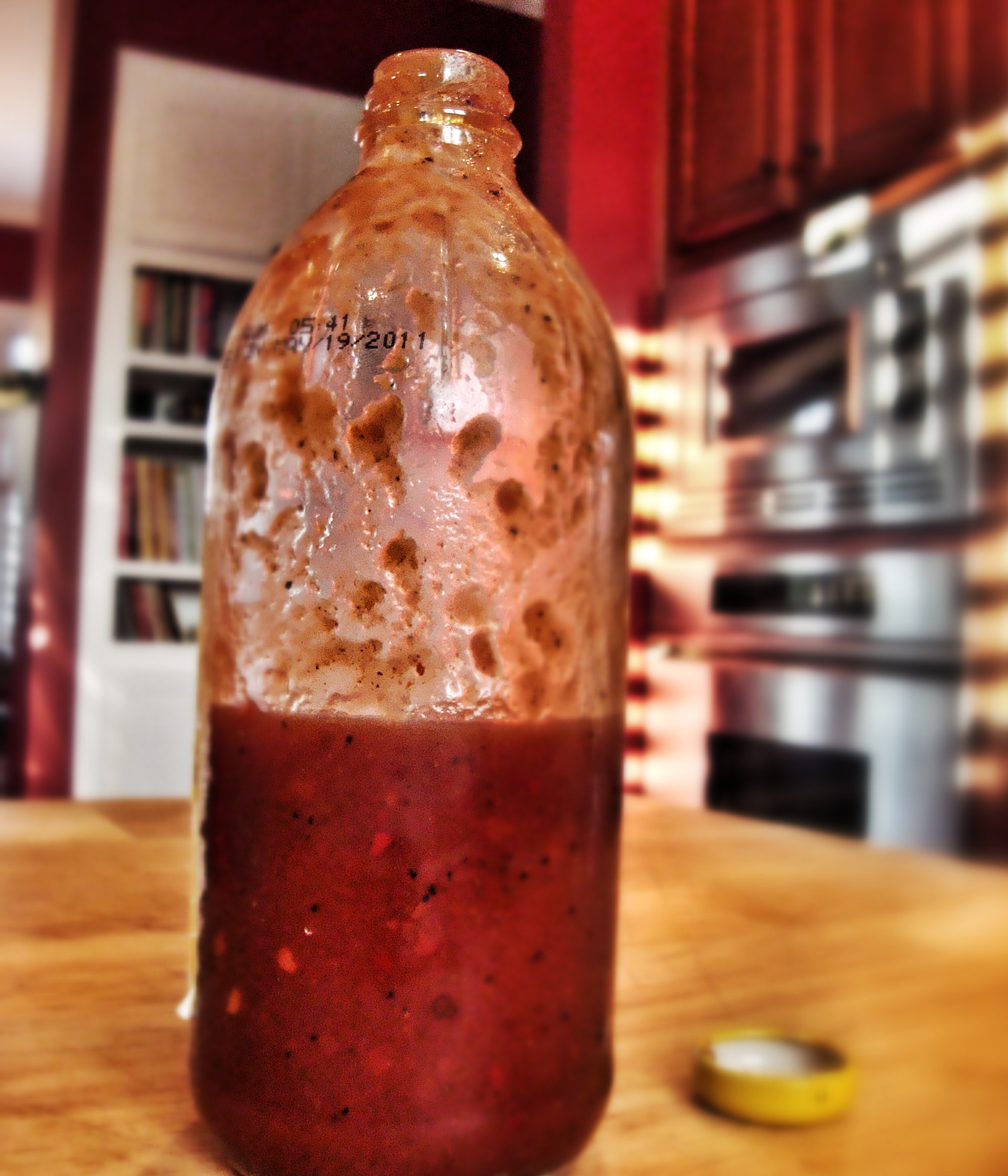 A Western Carolina favorite. This tart and tangy vinegar sauce is thin but bold. 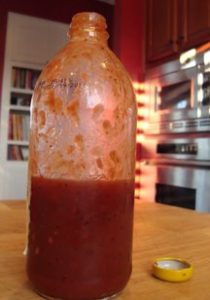 North and South Carolina are indeed different entities. One difference is in sauce appeal. Cross the state line headed north and things get a lot more sour in the the form of Western Carolina Vinegar sauce. Tart, hot, a li’l bit sweet, but thin enough to mix quietly into a pile of pulled pork without getting in the way of the smoke in the meat.

Use an empty 16oz bottle (from cider vinegar or the like) for this sauce to store and serve. Simmer ingredients in a small to medium sauce pan for ten minutes. Let cool before serving.